It’s been a yearly tradition for our TeamAsia family to have a summer outing. It’s a time to stop and smell the roses, or better yet, to stop the frantic pace of work, get out in the sun and play, laugh and get to know each other better outside of work.

Last year, Bea and I could not join because we had to go to Bangladesh, so this year, we were determined not to miss the fun. Bea joined the group in the bus, and I followed with Niccolo as I had to give a talk on The Business of Meetings, Conventions and Conferences to the Philippine Council of Association Executives (PCAEE).

This time around, we went to Stilts in Calatagan, Batangas. This is a picturesque beach resort with houses built on stilts. Our family was assigned to Wishes, the stilt house closest to the beach. The house is comfortable and airconditioned with a wrap-around veranda. My favorite spot is the hammock. I love the sayings painted on wood scattered around the resort. 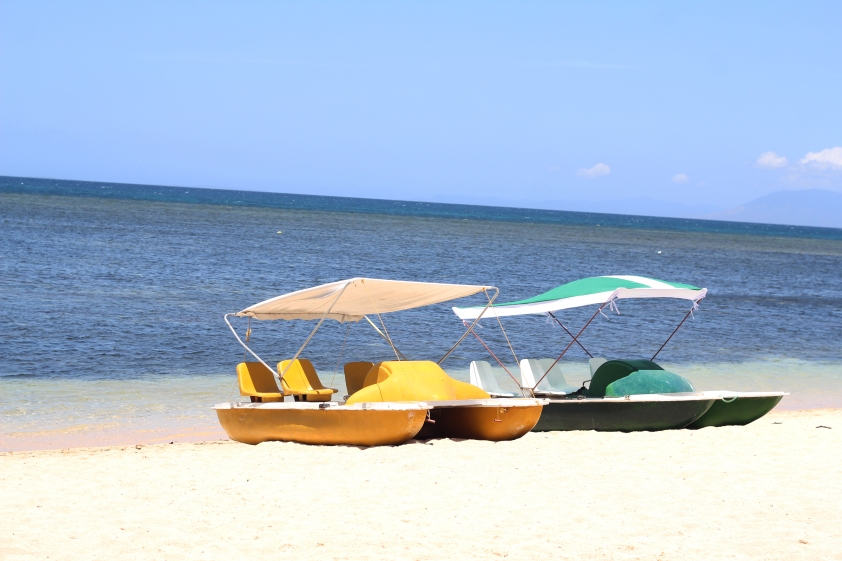 This trip, the committee decided to lessen the activities to allow as much chillin’ time as possible. The only challenge posed to the five teams was to create a one-take music video at Stilts that best presented the Kalma vibe wearing their team caps.

Bea, Niccolo, Denise and I comprised the board of judges, and we were all laughing out loud watching the videos prepared by the Yellow Bright, Lively Lime, Passion Red, Big Green and Inspire Blue teams. Even the White team committee got into the act and had their own.

Inspire Blue won hands down with Levon Frilles, recovering from his traumatic week, cavorted with gusto as he pretended to talk to me on his mobile phone while the rest of the team were relaxing. Next was Yellow Bright with Anna Limon swaying to the music as her wheelchair was pushed by Maricel Salialam, and Darwin Santiago danced while draped on the table. Coming in third was Big Green with macho men Leo Halili and Meynard Landrito dressed in bikinis sashayed along the stilts carrying their big green umbrellas. Lively Lime, Passion Red and White all did admirably as well. 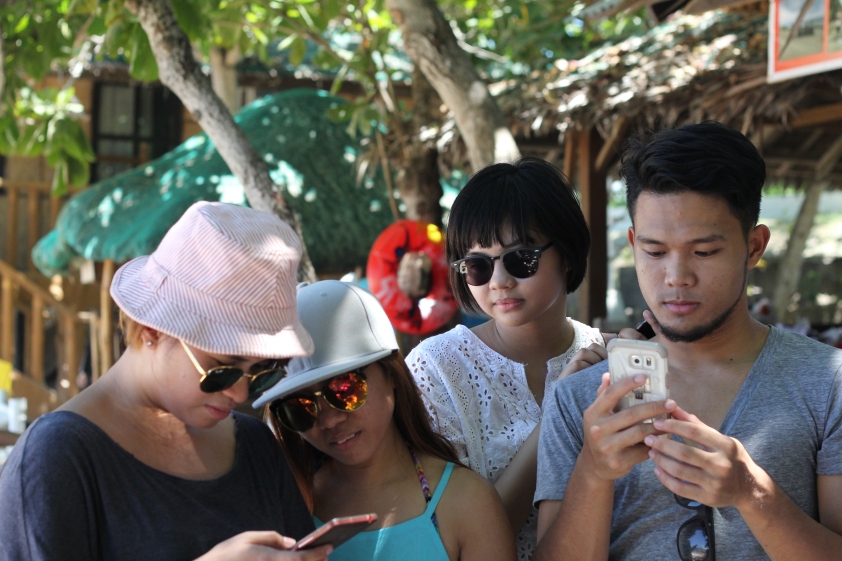 As we do monthly, we sang for the birthday celebrants as they held their individual cupcakes. Our April celebrants were Bea, Zyra, Francis and Junel.

And then came the initiation of the newbies, where they were given the choice of performing or butt spelling their name. Meynard gamely sang striking a pose. The rest of the newbies — Emerson from Accounting, Monica from Accounts, Mazee from Telemarketing and Dezza from Media Relations — opted for the butt spell. Dezza had everyone dazzled with her limber rendition of the butt spell, prompting Anna’s thought bubble of ‘hmm, cursive’ while Bea’s was ‘on point, with a squiggle.’

After dinner, everyone settled on just having fun, jamming, playing beer pong, swimming, chatting, and drinking. The mommies in the group put their children to bed. Since I hardly had any sleep the night before and wasn’t allowed to drink any alcohol, I went off to bed early.

The next day during breakfast, stories abounded on who passed out, who fell into the pool, who won the beer pong, who had a hangover, and so on. We transferred to the pool to spend the rest of the morning swimming and relaxing.

Soon it was time to leave and bid Stilts adieu, but not before having a TeamAsia family picture. Kudos to the organizing committee!