They say that practical work and experience lead the young to maturity. That saying definitely came true for me when I crossed paths with TeamAsia.

It was July 9, 2004 when I received a call from one of my batchmates in University of the Philippines-Los Baños about a career opportunity. I was fresh out of school then, and with no work experience yet. She found out through Friendster (how old is that, eh?) that I was not yet employed, and she referred me to an Alabang-based company called TeamAsia. In retrospect, I honestly did not have any idea who TeamAsia was and what they did. But I decided to give it a shot.

I was hired as a Junior Web Developer under the Creative Department. My first few months consisted of maintaining the TeamAsia website, backing up files for my department, and creating a lot of eDM’s. I was the only web developer at that time. (A fun fact about TeamAsia: we were one of the first companies in the Philippines to have a company website back in the 90’s.) 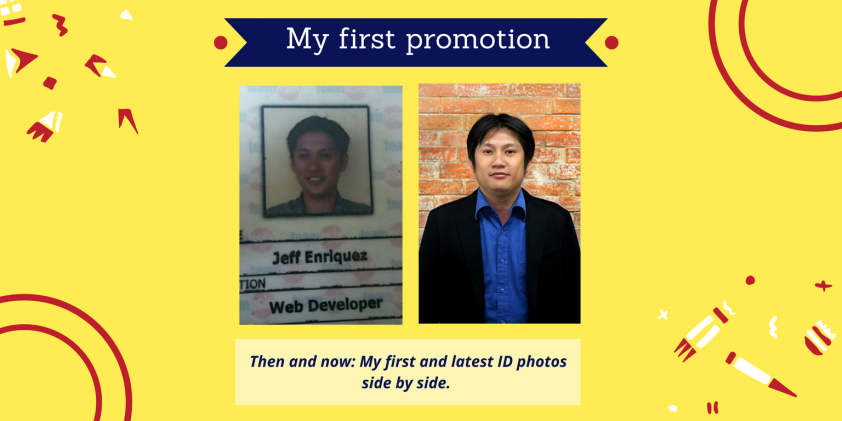 Going into my 13th year in TeamAsia—now as the IT and Web Development Director—here are glimpses of my journey and the milestones that I have achieved in the past years.

2005 —This is the year when I was regularized and first promoted, moving up from Junior Web Developer to Web Developer. This was the turning point when I realized that I had finally adjusted to the professional life, and that I was a good fit with TeamAsia. This was a huge deal for me because one of the biggest challenges I had faced was transitioning from the student to the professional life.

By this year I was able to contribute to the development of the TeamAsia website, I had worked on some Microsoft projects, and participated in events of clients such as Global Steel, Bayantrade and Microsoft as technical support. 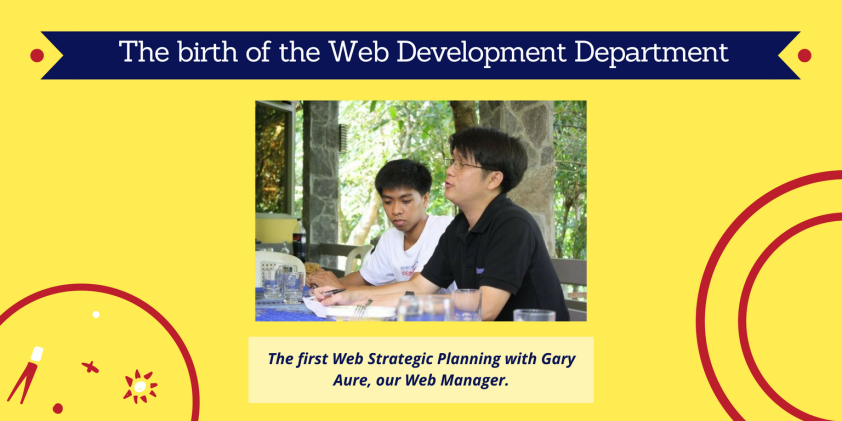 2009 — Fast forward to this year when the Web Development team branched off from the Creative Department, I became the Web Development Director with one senior staff. Indeed, the practical work and experience that I gained from my past five years with TeamAsia led my young, fresh-out-of-school self to the maturity that I needed to possess to take on my new role as department director.

During my first months as director, I had to learn how to coordinate with the other departments on our processes. Aligning the Web Development Department’s plan with the company’s strategic plan also became a challenge. But with the help of my boss and mentor, the late Sir Mike Hamlin, I was able to overcome all these and learn new skills that I needed to accomplish my job effectively.

Our department was able to move beyond developing just the TeamAsia website to the website of our clients, such as ExcelAsia, International Outsourcing Summit, and Information Technology and Business Process Association of the Philippines (IBPAP).

2010 — As TeamAsia found itself gathering more new clients and expanding its core services, the Web and MIS Departments were merged into one. In turn, this merger widened the scope of my responsibility. It was surely another challenge because it meant that my responsibility as director now went beyond my expertise. But with a team to back me up, we were able to streamline the processes, resulting in the elimination of redundant workload. I am proud to say that the Web Development Department became more productive, ready to cater and support the company’s internal requirements and its clients.

We had advanced the technologies we used for TeamAsia’s processes by utilizing Google Apps, moving some tools to cloud storage, and creating an online and on-site registration system for events. 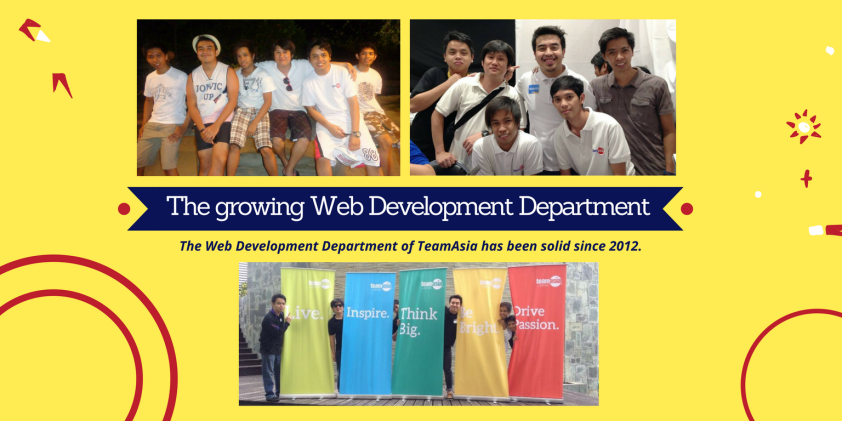 2012 to 2013 — These two years are certainly memorable for me because two members of the Web Development Department, Gary Aure and Darell Sapin, were promoted to Web Manager. Three other guys who completed our team were also hired during these years—Leo Halili, Marvin Desuasido and AC Esguerra.

I have always believed that as a leader, you should always bring out the best in your people. That is why I consider it a great achievement when I see my team growing professionally, gaining more knowledge in their fields, and being able to exercise their skills in their respective projects.

With our team of six we were able to improve our event technologies like mobile apps, audience response system, and tweetcasting. We had also begun adopting open source website platforms and creating website responsive design. 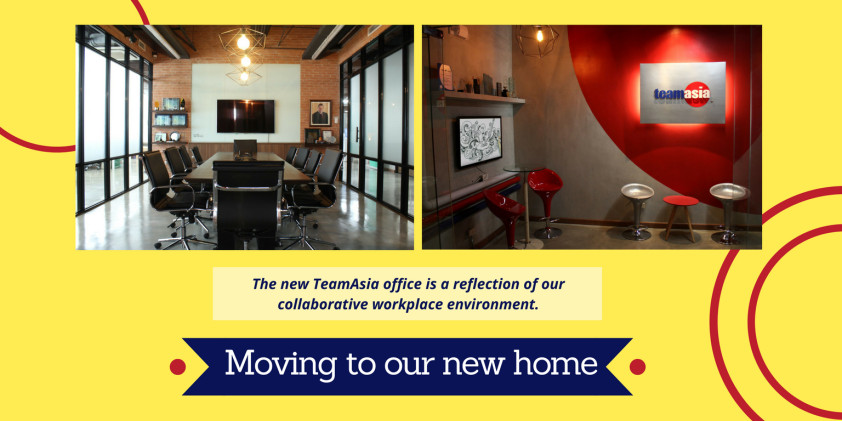 2016 — Moving to the new TeamAsia office proved to be a whole new challenge for our team. I certainly learned a lot from planning the logistics of our move to actually executing them. One moving mishap that I won’t forget anytime soon was when our IT supplier informed us that they will not be able to deliver the service we hired them for. It was definitely a cause for panic, but thankfully, we were able to switch to a new, reliable and cost-efficient supplier under a short amount of time.

People ask me why I chose to stay this long in one company. I will be lying if I said that leaving has never crossed my mind. But I chose—and I still choose—to stay because TeamAsia has become more than just a job to me. TeamAsia has become my family, which I have learned to love through ups and downs.

TeamAsia provided me with the best mentors back when I was still a fresh graduate with no work experience. They have given me opportunities to learn, to grow, and to lead. Most of all, they trusted me enough to challenge me with tasks that I honestly thought were impossible to accomplish—but I was proven wrong every time.

This year, as TeamAsia turns 25, I am confident that we will continue to come out strong as a seasoned independent IMC agency, full of bright people who are passionate about delivering the best out of each day.